The history of our shop in seven points:

Jaume Clavell i Noguera, was born in 1914 and heir of the family carpentery, discovered the thrilling world of the history of the decorative arts, which was still unknown at that point, thanks to his Argentona neighbour and good friend (notwithstanding the age difference) Josep Puig i Cadafalch. His interest brought him to look into the history of ceramics, glass, iron and, later on, furniture.

Through his studies he engaged with many of the catalan leaders at the time and he help them to build some of the most important decorative art collections of the 20th Century. For instance, the imposing selection of  Manisses’ ceramics (15th and 16th Centuries), Catalan polychrome ceramics from the 17th Century, great medieval irons, Limoges gothic pieces and carvings from the 16th and 17th Centuries.

These friendships and his desire to make available the rich patrimony of the decorative arts, brought him to organise a bed exhibition to show its evolution and styles from the 16th Century until the present time, and later on, to create the Jug Museum in Argentona, which is still open today.

Establishment of the business

At the end of the 70s Jaume Clavell’s fourt son, Narcís Clavell, started to work in a well-known auction room in Barcelona, where he met Montserrat Morgades. Over time and seeing they were both willing to work hard and had a good collective knowledge, they decided to create their own business and to that end they bought the place that had been up until then half home of the Clavell family and half carpentery.

They transformed the carpentery in a place suitable for exposing and preserving pieces and, starting from scratch, Clavell & Morgades, bit by bit, they won the trust of art collectors and the respect of their colleagues. The half of the place that used to be home of the Clavell’s family has been kept unaltered until now and it has become the workspace of the business and also a meeting room. 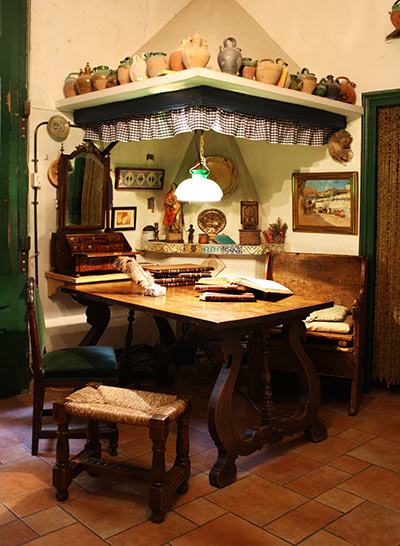 As time went by, the support of our colleagues, art collectors and friends has made of our business a meeting point for art lovers and it has allowed us to be part of hundreds of pieces’ history. Some of these are now in museums and public institutions and many others have found its place in art collectors’ homes. We can proudly say that we have contributed, even though it might just be an infinitesimal part, to discover the beauty of objects to a numerous number of people who, over the years, have revealed themselves as great art collectors, academics and art protectors. We have been able to realise and to show to others that a 17th Century table is much more than a four-leg piece of furniture: it was also the meeting point where family meals, discussions, nights of drinks and dinner for two took place. It is our understanding that an art dealer cannot just be the intermediary or an advisor. He needs to understand every piece and be able to explain it to others so that when he hands over a piece he gives an immaterial component where one can find the origin of bewilderment. He also has to create in others the thirst to know more.

Presently the business is run by Sergi Clavell, Narcís Clavell’s son, and beyond what is our cornerstone and our reason for being, purchasing and selling, we are working intensely in cataloguing, assessment and art collection distribution. 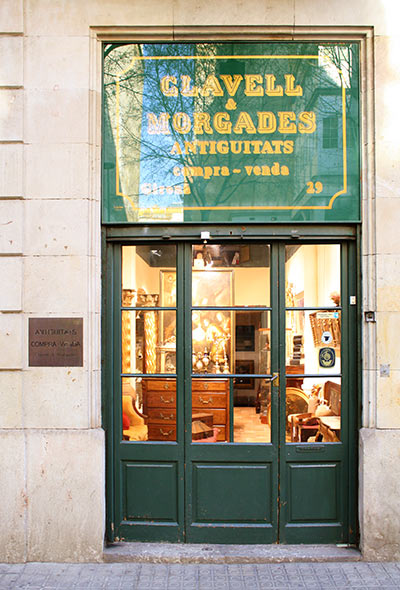